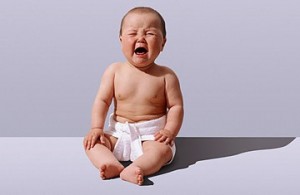 Here’s another word from my Friday morning session in the gym. Our heavily pregnant instructor announced that today’s routine was going to be particularly tough and there was a heavy sigh. To which she said ‘No whingeing!’ and added that she had already done two classes (by 10 a.m.!), one of which involved some weight lifting!

‘To whinge’ means to complain in an annoying way (and it’s marked in the dictionaries as ”British’). A person who whinges is known as a whinger or a whinge. Also, when it comes to the present participle (the -ing form), there seem to be two spelling options, ‘whingeing‘ and ‘whinging‘.

There’s a very similar sounding synonym, ‘to whine’, which means the same thing.

Here are some examples of how it’s used:

– He’s always whingeing about something or other! (MacMillan Dictionary).

– This work is hard. Not the kind of hard that grazes your knuckles or breaks your back, but it’s still hard. And our audience doesn’t really give  a shit, when it comes down to it. The standard of critical conversation is low. I’m not just saying that as a whinge. It is (Intelligent Life).

– Mr Avent says part of the widespread whinging over America’s dearth of fast trains is attributable to a “real technocratic frustration” with the country’s degraded infrastructure, near-useless planning and funding processes, and short-sighted and divided Congress (The Economist).

–  As it stands I’m still at the stage of my career when I work all the unpleasant hospital shifts us doctors frequenlty whine about (The Guardian).

Oh, and here’s an article in Guardian on ‘How to… whine’, in which the word occurs 25 times. By all means it will give you a good idea of its uses.