To jack up the price 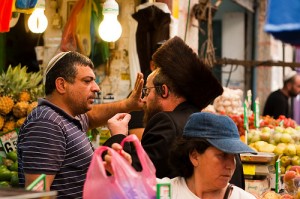 Today I actually heard a word that I haven’t heard before, so imagine my excitement. My colleagues have been discussing a festival that’s going to happen in Bristol and mentioned that this year it has been outsourced to a private firm who ‘jacked up the prices‘. Apparently, that’s what they do, these evil private companies.

It means to increase a price by a large amount. However, it can have other meanings as well.

Some examples of this handy phrasal verb:

– Once the tourists arrive, the restaurants jack up their prices (Cambridge Dictionary).

– RMT general secretary, Bob Crow, said: “It is disgraceful that bidders for the prestige west coast route are looking at ripping out catering and shop facilities to cram in extra seats so that they can jack up profits at the price of both jobs and passenger service, and we are calling for this scandalous suggestion to be killed off right now.” (The Guardian)

– Rick Scott of Florida was once the CEO of Columbia/HCA, the largest for-profit hospital corporation in America. He was forced to resign in 1997 when it became clear that his company had bribed doctors, jacked up prices, and over-billed Medicaid by hundreds of millions of dollars (The Guardian).

– The price of solar power still has far to fall before it is cheaper than electricity generated from fossil fuels—even if governments jack up fossil-fuel prices to reflect the cost of carbon emissions (The Economist).