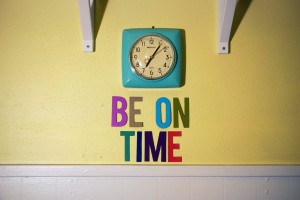 How would you say 12-30 or 3-30 in English? At school and at the university I was told to say ‘half past twelve’ or ‘half past three’. This was either completely false in the first place or the English people became lazier over the years and by the time I actually came here everyone was saying ‘half twelve’ and ‘half three’ instead.

Initially I was thinking that if ‘half past three’ means 3-30 than ‘half three’ should mean 2-30 and on one occasion I actually arrived an hour earlier!

Learn from my mistakes!