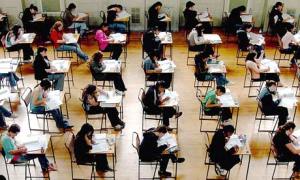 You would say that a Spanish podcast for beginners is an unlikely place to hear some cool new English words, and you’ll be right. However, today I started listening to the Notes in Spanish podcast, narrated by a Spanish lady and an English guy, and they mentioned that for those who are really keen to do some homework – swots – there’s a forum on the website where they can practice some writing. I haven’t been to the forum just yet but when it comes to languages I think I qualify as a bit of a swot.

‘A swot‘ is a student who works very hard and has no time for (or interest in?) other fun activities and it is usually used disapprovingly.

‘To swot‘ means to study hard, usually before an exam.

– Want to become a British citizen? Better swot up on Monty Python. New citizenship test will quiz people on all aspects of British life including comedy, music, history and science (this is very relevant for me, actually, as I might be taking this test some time in the future) (The Guardian)

– Born in the southern city of Augusta, Georgia, in 1953, and raised in the city of Dillon, South Carolina, Bernanke was a school swot, winning the state spelling bee at the age of 11, and teaching himself calculus (The Guardian)

– It was fine being clever at school – at any rate if you were at a girls’ school, as I was – but being clever outside, when there were boys around, made you a social leper. If anyone wanted to do real damage they would call you a swot – no boy would ever go out with a swot (The Guardian).

– At school I was what they called a ‘swot‘ and going to Cambridge was what I got in return; I was able to cash in all those boring hours of homework and sneering looks from more popular kids for three years living in a listed building and a master’s degree you don’t have to do any work for (The Guardian).