To see how the land lies 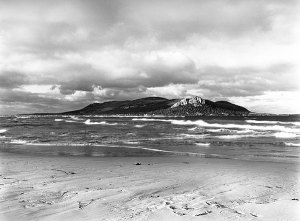 Gym seemed to me an unlikely place to hear some new cool phrases, but I was wrong! Today before the start of the class I was eavesdropping (well, I just happened to hear it) on the conversation between our instructor and a couple, who were asking about another gym they were thinking of joining. Our instructor (and they tend to teach at a lot of venues across town) gave a very detailed comparison, but said that they should go and have a look ‘to see how the land lies‘ to see if they like it. I don’t think I’ve heard this one before, but it’s a great expression when you need to find out about something before making a decision.

Here are some more examples of how it’s used:

– You should see how the land lies before going into business on your own (Macmillan Dictionary).

– The policy framework for the low carbon economy is not for business to decide. If this is the future, then business needs to know from politicians how the land lies, and so do we, its future consumers and employees (BBC).

– I don’t blame comedians for making jokes – that’s their job – but the least they could do is have a quick peek online beforehand to see how the land lies (The Guardian).

– Those who had visited Down Under claimed it was the best holiday they had ever experienced, with or without their parents. Sydney was the most popular destination. And riding on a Harley-Davidson along the coast or attending the gay Mardi Gras were the dream activities. Teenagers can visit in their gap year, so why not see how the land lies before they go by themselves (The Guardian).