That’s a different kettle of fish

Monday was a bank holiday in the UK and we benefited from some more time to spend together as a family. This also meant that we didn’t have to cram all the things into just two days and could do our grocery shopping on Monday. I went online to check opening hours of a local Waitrose (disclaimer: we don’t always shop in Waitrose, it’s more of a treat really) and while I was looking at a general information about the branch I noticed that you can borrow champagne flutes and… a fish kettle there! Now that was exciting. I googled “fish kettle” and realised it was an oval pan.

However, whenever I’ve heard an idiom “that’s a different kettle of fish” I always imagined a regular kettle (OK, perhaps not an electric one), and wondered how you were supposed to squeeze a fish in there and whether the tea would stink of fish afterwards. I should have known better!

The idiom means ‘to be completely different from something or someone else that has been talked about’ (Cambridge Dictionary). However, its origin – as is usually the case with idioms – is far from clear. You can check Michael Quinion’s website for more information.

Here are some examples of its usagethough:

To tide you over

(Gosh, I really struggled to find an appropriate image for this one!)

When I need some baby items that I want to buy second-hand (or, more often, when I have an episode of good old procrastination), I head over to the local Facebook page where mums sell their unwanted baby stuff. Recently there was a table and two benches for sale, which the poster bought ‘just to tide us over‘. I’ve come across this handy expression before and thought it’d be a perfect opportunity to update my blog, which has been somewhat neglected lately.

I also heard this expression recently in one of those annoying ads that pop up on YouTube every time I want to watch a yoga video. It was some yogurt drink that is supposed to ‘tide you over‘ until dinner.

Here are some more examples: 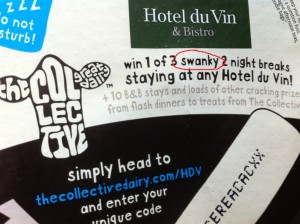 Today’s linguistic revelation came from… a pot of yogurt. I never win anything in these contests, but at least I can learn a word or two – that’s my consolation prize!

A ‘swanky‘ hotel stay is the one that’s going to be ‘luxurious and expensive’, according to the Oxford Dictionary, but totally free for you if you’re lucky enough to win it!

Here are some ‘swanky’ examples:

– The latest swanky spa to make a splash on the London scene is Notting Hill’s Hydro Healing, where treatments to help with common ‘lifestyle disorders’ (I think that means tiredness, stress and overflowing toxins) have an aquatic focus (The Guardian).

– The outlook is bleak for swanky stores, much better for discount chains (The Economist).

– The chink of wine glasses, the clatter of cutlery and the chatter of low voices fill the warm air of the latest swanky restaurant to open in London (The Economist).

I am torn between…

This weekend we went camping again and on Saturday evening we decided to go to a pub, no, to walk to a pub using a public footpath. It turned out that this path had far too many bits of shoulder-height nettle and other stingy weeds and also featured some serious-looking bulls, but we did get there in the end. It turned out to be quite a good pub (and I felt compelled to have a dessert too after all the nettle-fighting and gate-climbing). I was surprisingly quick in deciding what to go for, but I heard a man at the next table saying to the waitress ‘I am torn between a steak and sausages’.

All too often I’m torn between things on the menu too, so I decided this phrase simply had to go on the blog.

Here are some more examples. This time some of them are from the brilliant Intelligent Life magazine, an offspring of The Economist.

– But until that happens, many of the UK’s 1.5 million Muslims will remain torn between the practical necessities of economic life, and their traditional Islamic beliefs (The Guardian).

– Germany remains torn between its support for the euro and its aversion to the costly bail-outs that will be needed to restore its health (The Economist).

– If I beat him at cards or a word game, he was torn between being annoyed at himself for losing and proud of me beating him (Intelligent Life).

– “The Museum of Innocence” is Orhan Pamuk’s first novel since he won the Nobel prize in 2006. It takes him back to familiar turf, a Turkey torn between East and West; this time, however, politics are merely a backdrop to the war of the sexes (Intelligent Life).

To run an errand

Last week I quit my job and moved house, but now I finally have some time to catch up with my blog. I have done most of the unpacking yesterday and today treated myself to a class in the gym and had some errands to run after that.

I’ve come across this expression quite a lot and I thought it deserved mentioning here, as it’s part and parcel of the everyday life. According to Cambridge Online Dictionary, it means ‘to go out to buy or do something’, in other words it’s all these things in our to-do lists that demand our immediate attention but quite often tend to get postponed.

Here are some examples of how it can be used:

– After school he runs errands for his father (Cambridge Online Dictionary).
– This is a great “must-have” top! I wear mine for workouts as much as I do for running errands! Love it!
– I usually wake up at around 1.30pm when I am working, and have a bit of lunch at home, and then I will try to go the gym for around an hour. I may run other errands afterwards (The Guardian).
– New fathers should talk a lot, run errands – and embrace the washing machine (The Guardian).
PS. And you know what, I briefly met our landlord and pernickety he was.
Tagged collocations, food, life, money, motion, overheard, verb
Leave a comment
Words and expressions 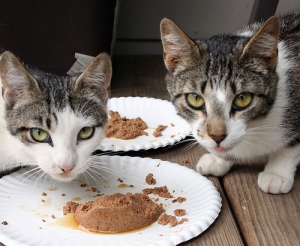 Today being a surprisingly sunny (given yesterday’s flood and armageddon-weather warnings) day I decided I absolutely had to get outside despite the unprecedented amount of work. So I headed for one of Leicester’s nicest cafes to work from there. Apart from its cosy atmosphere and decent food, its biggest selling point is perhaps Daisy, their dog-in-residence. Despite being generally well-behaved, Daisy is in the habit of looking at customers in a particular way, suggesting she wouldn’t mind having something to eat. I overheard one of the staff telling her off with ‘Stop scrounging!’ and here you go, the word for today sorted!

With me you don’t even need to scrounge for examples – here they are:

– Free easy money: how to scrounge off the parents (Studentbeans.com)

– How to scrounge up a summer sandwich. More often than not during the hot days of summer — not nearly as hot in Maine as Washington, of course — I tend to scrounge up what I can and layer it between slices of bread. When I’m feeling particularly ambitious, I’ll grill it (Washington Post)

– For now, the FDA and firms are scrounging for solutions. Eight times in the past two years the agency has allowed the import of drugs unapproved in America but used safely elsewhere (Economist).

To take the biscuit 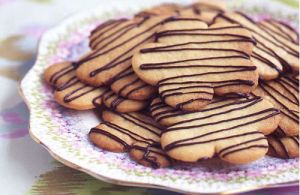 I recently picked up a catalogue in a shop that I’m very attached to, which featured a squirrel (need I mention my attachment to squirrels?) and a mysterious phrase ‘Taking the biscuit‘ on its cover. I thought I should perhaps investigate the meaning of this biscuit phrase, but was too lazy. However, I came across this phrase again a few days later and there was no place for laziness any more.

According to Cambridge Dictionaries Online ‘you say that something or someone (really) takes the biscuit when they have done something that you find extremely annoying or surprising’.

To shed a bit more light on its usage here are a few examples:

– Did you think that it was only in Victorian England that debtors were forced into the workhouse? Think again. This week a leaked letter revealed that Greece’s eurozone creditors are demanding a six-day week as a condition of the latest bailout. Of all the far-out ideas for solving the Greek crisis, this one surely takes the biscuit (The Guardian).

– The most populous country, Uzbekistan, is perhaps the most repressive. Torture is widespread. In 2005 in Andijan, Uzbek soldiers fired on protesters, killing hundreds if not thousands of them. For a mix of secrecy and repression, however, Turkmenistan takes the biscuit (The Economist).

– When it comes to new designs for mobile phones, the model announced last week by a start-up based in Scottsdale, Arizona, really takes the biscuit. Shaped like a bone, it operates only as a speakerphone, picks up automatically when called, is mounted on a red strap for wearing around the neck, and is labelled with a large paw—because the PetsCell, as it is called, is a mobile phone for dogs (The Economist).

I have to admit I’ve cheated on this word, as I’ve heard it from my Russian friends (and was very ashamed to have never heard of it before, even though the meaning is not hard to guess). This happened when we went to a café, overestimated our stomach capacity and asked to take the leftovers with us.

I’ve looked up some more examples of this useful word and here they are:

– Whilst asking a waiter to bag up leftovers from a meal maybe common practice in the strange and exotic USA, Brits still have a curiously divided attitude to the doggy bag (redbrickpaper.co.uk).

– The fury we feel at a dreadful meal dissipates to nothing in the face of ‘Was everything OK for you?’ ‘Yes. Yes, great thanks. Can we just have the bill. Please?’ And it’s the same with doggy bags. We have a mortal fear of causing a scene (lovefood.com).

– The trick is not to over-order in the first place. However, I do ask for a doggy bag when I have too much curry (lovefood.com).

– There’s proper English-language service from the American owners and their staff, and the portions are often large enough to leave you completely stuffed, shamelessly clutching a doggy-bag of food for further feasting back home (The Guardian).