I spoke too soon 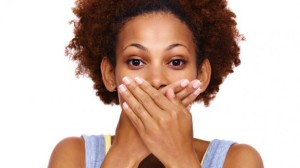 One thing I realised pretty soon after having a baby was that the moment you think you have it all figured out and under control – be it feeding, napping, sleeping at night or understanding your baby’s cues – things suddenly change! I guess many mothers would agree.

A few weeks ago when we went to a Baby Club run by the local children’s centre. I try to go every week, as it’s one of the few opportunities I get to speak English (and just speak to somebody other than my husband and baby!), unless Alisa decides to have a nap right before we’re supposed to leave.

Last time we went there was a mum whose baby seemed tired and unsettled, so she fed and cuddled her, it seemed to work, so she said ‘You seem pretty chilled now’, and the baby started crying again. ‘I spoke too soon!‘ said the mum. It’s a great expression that I haven’t really come across before and it’s definitely handy for talking about your baby!

To go to pot 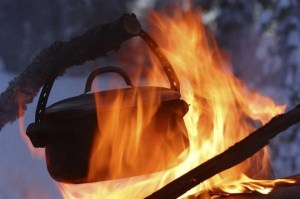 I’m sure that today’s phrase will be relevant for many people! How many times have you had a day which had gone sooooo terribly wrong from the moment you got out of bed?

I learnt this phrase from a newsletter of a coffee chain which I normally don’t bother reading, but here you go – sometimes they can be useful! They were advertising their new campaign:

Indeed, it’s not only mornings that can “go to pot“, but many other things too:

– My late night writing session went to pot, as it were (Oxford Dictionary)

– The house has been going to pot for years (Macmillan Dictionary).

– All that said, the single market is an unambiguously good idea, and the idea that one could let half of Europe go to pot is ludicrous (The Economist).

– These people are following this charlatan as if they would follow a Messiah. They do it because of pie in the sky. With him Italy will go to pot (The Economist).

If you’re wondering how this phrase came about, here’s a little explanation of its etymology. “That meaning alludes to the fact that the journey of an animal or ingredient to the pot was a one-way trip, with a very short future ahead”.

Today I had a super-exciting activity planned in the morning – standup paddleboard yoga! Basically, it looks like this: 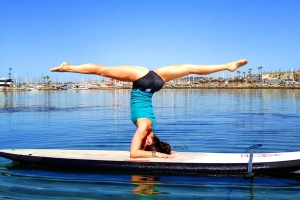 (No, I didn’t attempt anything like this – I haven’t quite mastered those poses on land).

So, first we needed to get to grips with paddleboarding kneeling, then standing up (it was very wobbly!) and then we attached kettlebells to the boards and dropped them down (which I thought was very clever) to prevent the boards from moving around (they still did). It was an amazing experience, and the weather was just perfect! Then we had to fish the kettlebells out of the water and paddle back to the pontoon, and at some point one of my fellow paddleboarders ‘lost’ her kettlebell and summoned her boyfriend to help her find it. She said ‘I think our instructor jinxed it by saying they never lost a kettlebell’. Luckly, they did find it… and I found such a useful phrase to write about!

Here are a few more examples of how to jinx, meaning ‘to bring bad luck’, can be used:

– There were moments where we felt like we were jinxing the whole thing, pushing our luck, but we decided to test fate and stock up anyhow (Oxford Dictionaries).

– He hadnt got a bad grade all year, but by mentioning that to his friend he jinxed it (Urban Dictionary).

– Don’t jinx it by talking about it (Wordreference.com).

P.S. I have heard this expression a few times, but I think that in general the English are not a particularly superstitious bunch (unlike Russians!).

To lock yourself out / in, continued

I wrote about these verbs almost a year ago, but today an opportunity to use them presented itself.

Yesterday I went for a run and took my keys off the keyholder. Today when I was leaving house to meet my friend I took the keyholder and when I got to the front door I realised the keys were not there. The front door was locked – I managed to lock myself both out (of my flat) and in (inside the house) – quite an achievement, isn’t it?

I phoned my husband who, luckily, works only 15 minutes away by bike or by bus and while waiting for him I had a chance to catch up on my vocab revision with Anki flashcards.

A few minutes later I heard a buzz. “This must be the postman delivering the parcel with my yoga blocks”, I thought. Our conversation went like this:

(I realise this must be the postman who always wears headphones and sunglasses, and obviously cannot hear me).

Me: Hi! Sorry I cannot open the door – I managed to lock myself out of my flat and I don’t have the keys to the front door, but my husband is about to come and rescue me, so could you leave the parcel by the front door please?

Postman: Yes, I’ll leave it by the flowerpot.

Me: Thanks a lot!

Phew… My husband arrived just a few minutes later, I got reunited with my yoga blocks and was just in time to meet my friend. All’s well that ends well!

With a little bit of luck

First of all, apologies to the esteemed readers for neglecting this blog – there’s been too much going on these past few weeks (or months?), but hopefully things will settle down a little bit.

And now to some new phrases. There’s one in particular that I seem to encounter almost on a daily basis.

On Saturday I took a coach to London to see The Cure (they were awesome, by the way). To make sure I have enough energy left for the 3-hour performance I picked the coach that arrived 45 minutes before the start, so that I had just enough time to walk to the venue, but didn’t have to kill any time before that. But on our way I noticed ‘Long delays’ signs on the motorway, which didn’t bode well. And in due course the driver announced that there’s been an accident ahead, which caused a huge tailback. I was duly annoyed – I was now running late! I tried not to get too stressed as the accident was still quite a long way ahead. Later on it turned out that the cars had been cleared and the traffic was starting to move, and the driver added that ‘With a little bit of luck we’ll make it to London with only a 5-10 minute delay’, which we did! Phew, what a relief it was!

I heard the very same phrase today when I went to see the doctor. His last words were ‘With a little bit of luck you don’t have it and then you’ll rub your hands with glee and forget all about it’. I need lots of luck on this one, that’s for sure.

And if you care for some more examples, here they are:

– Thank you for your support and for spreading the message. Keep doing so please. With a little bit of luck it will end up on Condoleezza Rice’s desktop. I know it won’t stop the war, but i am sure at least that she’ll ask me to do her portrait (The Guardian).

P.S. As you’ve noticed this phrase is a good example of British understatement – most of the time what you need is a lot of luck for all these things to be achieved!

For the last 8 months I’ve been teaching English to a Russian student here in Leicester. And even though I realise it’s a bit weird to teach English in England if you’re not English I guess it’s justified because my student is a beginner and she might have struggled with a native speaker.

A couple of weeks ago I was explaining the phrase ‘good luck‘ to her, but then I suddenly realised there was also ‘bad luck‘ and I felt like I had to tell her that too, perhaps adding to her ever growing confusion about the English language. In Russian you can only have luck that is good (“удача”), and bad luck is something completely different.

This got me thinking about other luck-related phrases that I’ve heard over the last couple of years here, so I thought I’d bring them under one roof, so to speak. This list is by no means exhaustive and mostly features the expressions that I’ve personally come across:

I heard this when a lady in a beauty salon accidentally stepped on her hand-held mirror. Apparently, this is what you say when you break a mirror. As far as I remember, in Russian it’s not a good thing either and you say that it brings bad luck.

The very first occasion when I heard it was perhaps the most memorable – I was going to join a gym and had to fill out a couple of forms. The first two times I honestly wrote something about my health that would’ve made it impossible for me to join, so I had to fill it in the third time. This was when I heard ‘Third time lucky’ from the ever so patient manager.

I stumbled upon a pertinent example when I was reading Alias Grace by Margaret Atwood: ‘She was from a good family fallen upon hard times, and she’d had to take pot luck in the way of a husband’

There’s a film Happy-Go-Lucky, which is probably one of the best films I’ve seen in the past 4-5 years, about a quintessential happy-go-lucky person (maybe just a little bit crazy).

This is something my husband definitely has – he is in the habit of winning in pretty much any new sport he tries. Come to think of it, there’s also an exactly the same phrase in Russian – “новичкам везет”.

Indeed, my attempts at driving are proving a good source of inspiration for this blog. Today I failed my driving test. Again. What did my instructor say? Third time lucky. Let’s hope so.

– Third time lucky? The government’s top scientific advisory body is relaunched for the third time after a series of failures. Anthea M Lipsett says the new team has a lot to prove (The Guardian)

To chalk it up to experience

OK, so yesterday I didn’t pass my driving test first time, but I’ll chalk it up to experience, take some more driving lessons, conquer all the roundabouts in the area and pass next time!

Strangely enough, my driving instructor said he didn’t know this expression, but this surely doesn’t mean it doesn’t exist.  In fact, at the university I was quite often marked down for using phrases that I picked up from English films or books simply because my Russian ‘English’ teachers had never heard of them. I always thought this wasn’t a good enough excuse 🙂

To chalk it up to experience means ‘to consider something bad that happens to you as an experience that will help you deal better with similar situations in the future’ (MacMillan Dictionary). I think it was invented for learner drivers like me!

– “So your new job didn’t work out very well?” “No, it didn’t, but never mind – chalk it up to experience.” (Cambridge Dictionaries)

– Sonia did all the right things – she realised what had happened, confided in an older friend, got a pregnancy test (negative) and then chalked it up to experience (The Guardian).

– Until now, victims have had to take their often huge losses on the chin and chalk them up to experience. Some have committed suicide as a result.

PS. What my driving instructor did say, was ‘Better luck next time‘. But I’m sure you don’t need me to go over the meaning of this one.